November 10, 2021 Just before midnight, police from the 20th precinct and FDNY personnel responded to a residential fire at 216 West 62 Street.

Firefighters were able to extinguish a fire inside of a 4th floor apartment at the location of the reported incident.

A 44-year-old male and 70-year-old female were found inside of the apartment. EMS pronounced the two individuals dead at the scene.

A NYC Fire Marshall determined the fire to not be suspicious at this time, however the investigation remains ongoing. 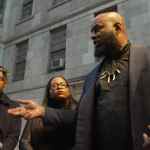 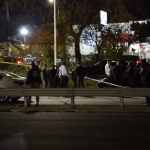