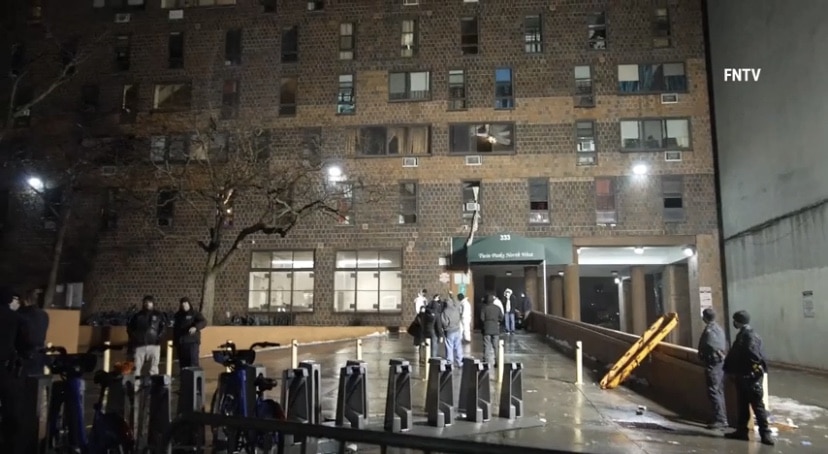 January 09, 2022. Bronx New York Governor of New York Kathy Hochul and New York City Mayor Eric Adams, along with fire chief Daniel Nigro held a press conference outside of the location of the five alarm fire that killed at least 17 people earlier today in the Bronx.

According to City Officials, the early reported number of people killed in the Bronx fire was revised from 19 to 17, 9 adults and 8 children, NYC mayor Adams confirms.

Over 48 individuals remain in the hospital with critical injuries. FDNY determined that a faulty space heater was the cause of the fire and an open door to a unit is what caused the fire to spread. At least 8 children and 9 adults lost their lives as a result of the intense blaze.

First responders deemed the blaze to be a 5-Alarm fire and a M.C.I. (Mass Casualty Incident) response was requested. Early reports suggested that only around 40 people may have been injured in the Bronx fire at 333 E 181st street.

Those numbers quickly climbed to upwards of 60 people injured with 34 sustaining life-threatening injuries during a fire that broke out on the third floor of a 19 story apartment building in the Fordham Heights section of the Bronx Sunday Morning.

Fire officials said around 200 firefighters responded to the scene and HazMat was also requested for a Lithium Ion battery on fire.

We spoke with a neighbor of deadly fire, who herself is a fire-survivor.

She was crying outside of Bronx building that caught fire, trying to find ways to help the victims.

I heard fire alarms, I heard the sirens and everything. I live on the Grand Concourse.

And then I hear all of this siren after siren after police and the whole nine yards. I see the EMTs going up the street and I’m like “what the hell is going on?”

She said “the big building” I said “down the street from where I used to live?” Like “Oh my God, I know people that live there”

Jo then mentions to us that she’s a fire survivor herself.

If you or some one you know was affected by the fire, Text “181STFIRE” to 692692 to receive updates about resources and services available. 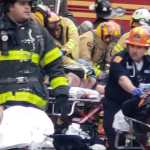 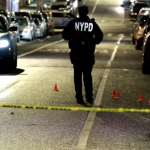