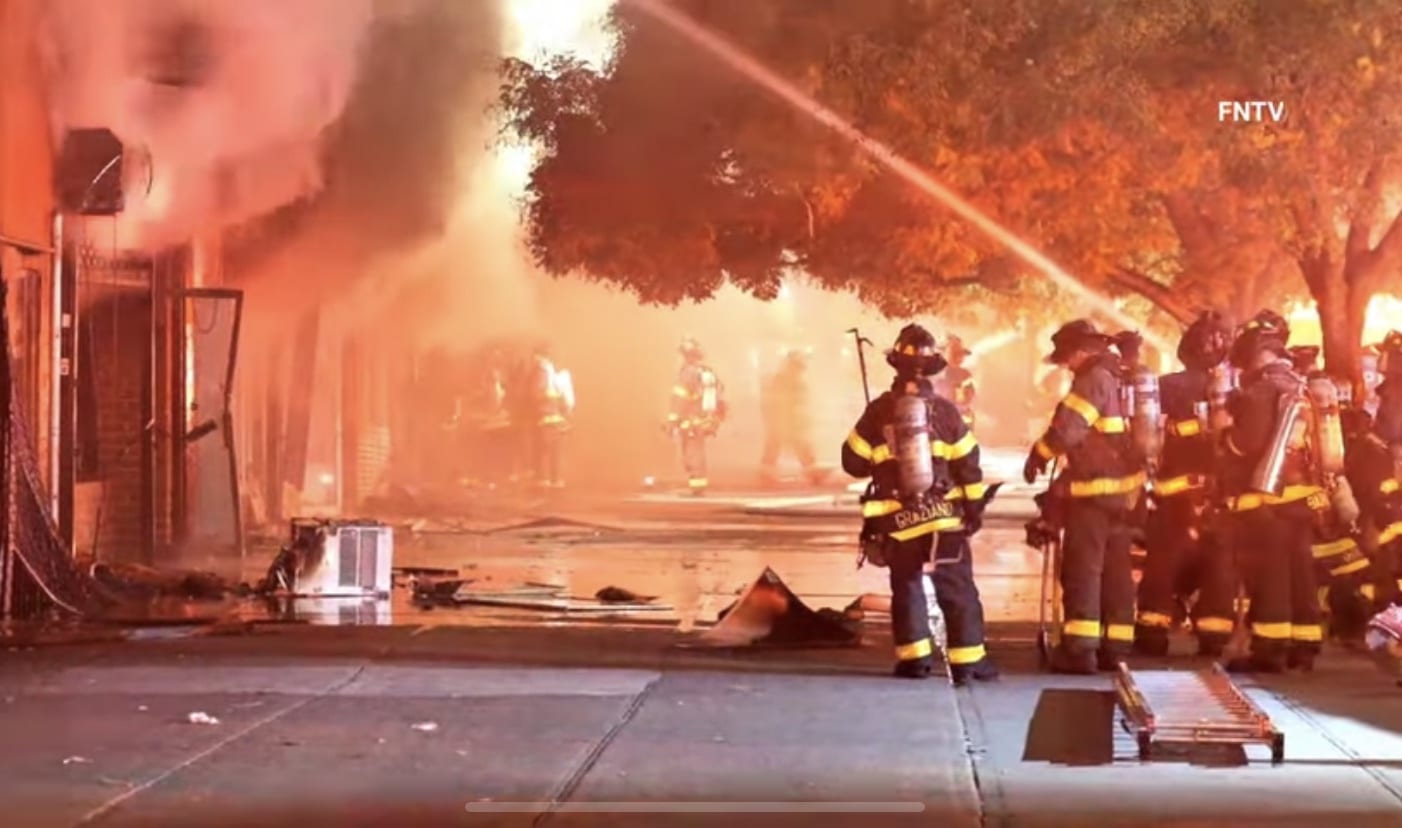 The fire started at 490 Lenox Avenue in a row of one story commercial businesses that were closed when the fire broke out.

Five alarms were announced by firefighters that battled for four hours to bring the blaze under control. About 198 Fire and EMS personnel responded the fire.

One firefighter suffered minor injuries during the blaze and FDNY has not confirmed the cause of the fire. 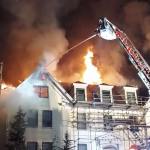 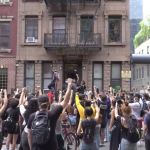