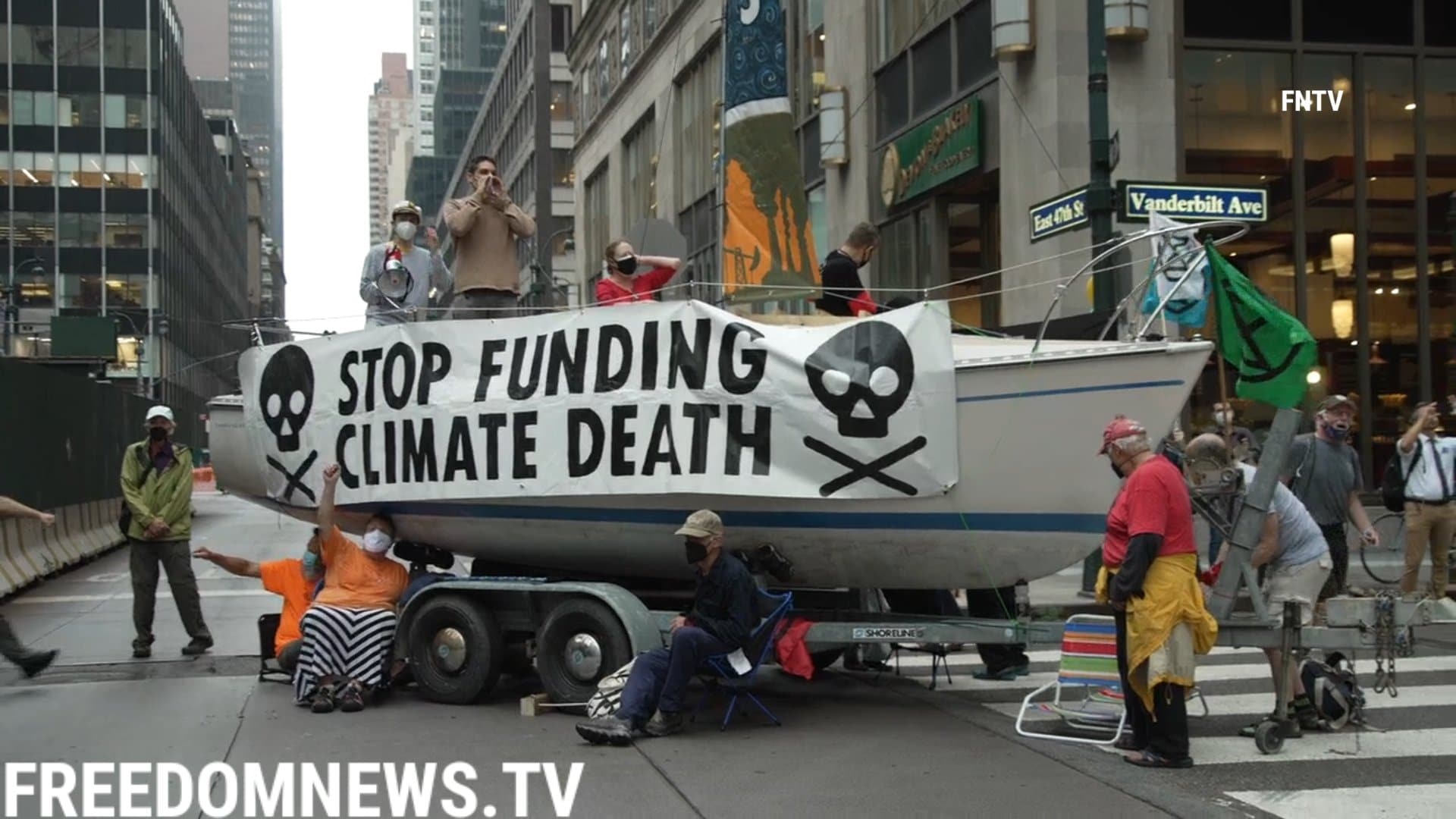 Protesters were seen blocking entries of BOA in Midtown, Citibank in Tribeca and Headquarters of JP bank in Midtown.

At JP Morgan headquarters they also chained themselves to a giant boat, suspended themselves from a “tripod” and blocked entries.


According to Extinction Rebellion NYC, the group and its supporters gathered at noon outside the New York Public Library in Manhattan for a peaceful rally, “die-in” and march. The march weaved through Manhattan, stopping at the Brazilian consulate to protest that government’s destructive environmental policies regarding the Amazon region and then to the United Nations. The day’s events are the start of ongoing actions leading up to COP 26, the global conference that many consider a make or break event to get runaway global warming under control.

This March occurred on the same day that XR coordinated several simultaneous disruptive protests outside of bank headquarters around the city. “We’ve reached the breaking point,” said Christina See, a spokesperson for Extinction Rebellion NYC. “We need our government leaders to take action immediately. The New York City area saw over 40 deaths due to record breaking floods just a few weeks ago. The climate crisis is here, now.” 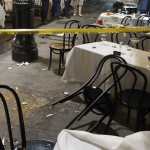 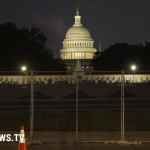